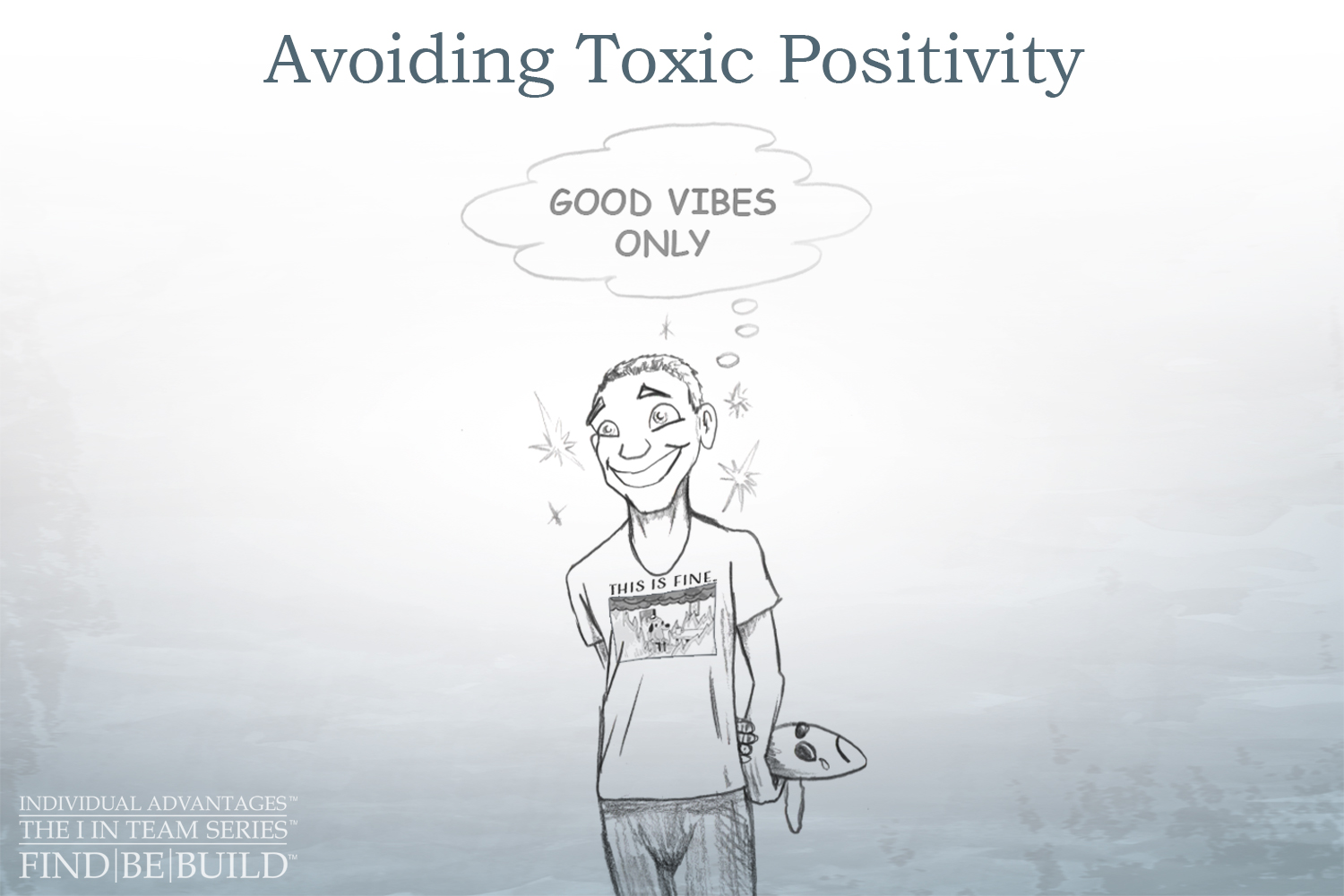 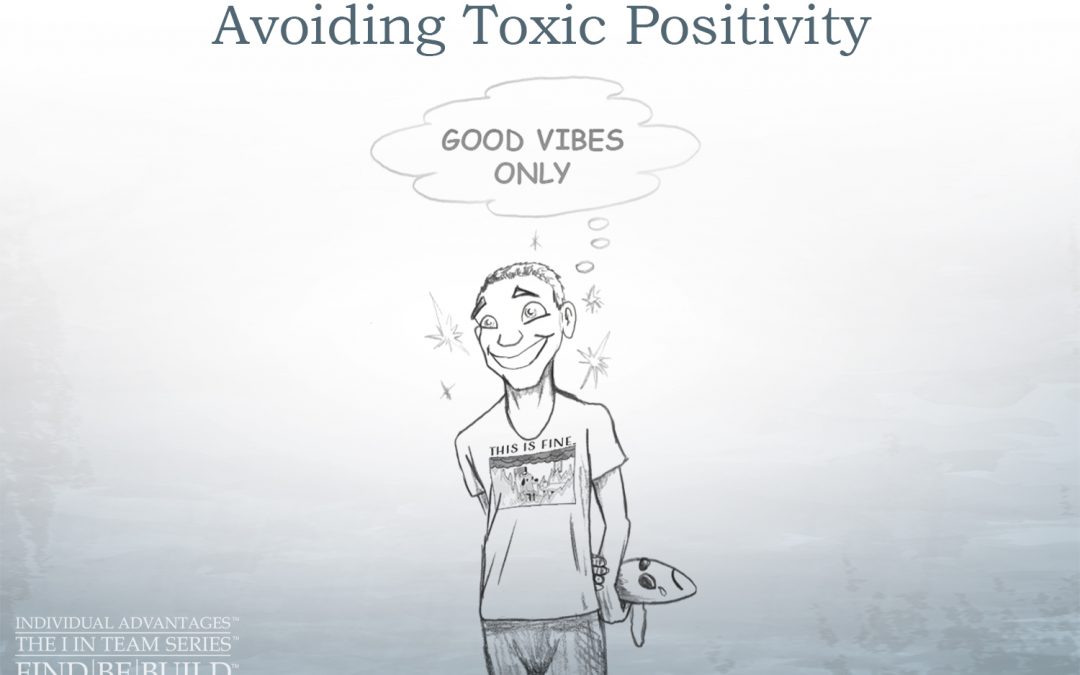 Hi team! It’s your friend, Mary, with The I in Team Series, where you can find, be, and build your positive influence. A few weeks ago, IA’s Gratitude Group discussed toxic positivity and its effects. Toxic positivity is the belief and pressure to ignore negative or painful emotions, putting a positive spin on even the hardest life events. Toxic positivity often leads to emotional repression, forcing individuals to believe that they should feel ashamed for feeling negative emotions or like nobody understands them. Avoiding toxic positivity can be beneficial for you and people around you. While it’s okay to have a positive attitude and outlook, ignoring the other side of emotions can be detrimental to your health.

Knowing when you are feeling emotional is typically easy, but classifying those emotions isn’t always easy. For those who have been repressing their emotions, emotional identification becomes more difficult as they are typically classified as the highest-ranking emotions (anger, sadness, happiness). Additionally, it’s always possible there are multiple emotions present at one time. This can, again, make it even more difficult for those repressing their emotions to categorize the emotions they feel. One tool that can be used to aid in validating and identifying emotions is an emotion wheel. Emotions are valid, but the more you understand them the less power they have.

Empathy and self-compassion are imperative to avoiding toxic positivity. You may feel both grief and happiness at the same time, and that is normal. Having empathy for yourself means realizing that emotions are part of the human experience and that you are allowed to have them. Empathy encompasses validating, identifying, and understanding your emotions, but with yourself.

While being transparent with yourself requires you to listen, you also need to listen to others. By listening to others when they are describing their emotional state, make them feel acknowledged, heard, and validated by repeating back to them what you hear. For example, “I hear that you are experiencing immense grief right now,” or, “It sounds like that event made you feel very angry.” Don’t offer unsolicited advice, but if you want clarity on what they are looking for, ask them if they want advice or someone to empathize with them.

Empathizing with others is a lot like empathizing with yourself. Showing empathy means being able to understand other’s emotions and demonstrating that understanding through some kind of support. Having empathy for the bad parts of being human is okay. Yin and Yang come from ancient Chinese philosophy and methodology, representing complementary forces, like good and bad. The symbol for Yin and Yang denotes there is some good in the bad and some bad in the good. Having empathy for others (and yourself) means accepting this fact.

To avoid toxic positivity, you have to change your language. Toxic positivity often sounds like, “good vibes only,” “everything happens for a reason,” or, “it could be worse.” These are invalidating statements that can make people feel shame for feeling emotions. Emotions are not something to be shameful of. Replace these phrases with, “all vibes welcome,” “life is full of peaks and valleys,” or, “you aren’t alone in this experience.”

While positivity serves us greatly in many regards, when it becomes toxic positivity it becomes detrimental to our mental health. Overcoming toxic positivity and emotional repression is not an easy task, but it is possible. It takes willpower and habit building to rewrite your mind’s natural way of thinking. To continue spreading your positive influence, you must have compassion and empathy for the spectrum of human emotions, both with yourself and those you influence. Once you do so, life will, ironically, become more positive.